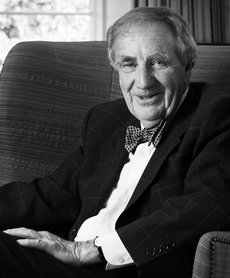 The foremost New Zealand architect of his generation, Sir Miles Warren established Warren and Mahoney Architects in 1958 and practiced in partnership with Maurice Mahoney (and subsequently a wider partnership) from that time until his retirement from the firm he founded in 1994.

Sir Miles Warren continues to practice architecture and has active roles with the Christ Church Cathedral Trust, the Arts Centre of Christchurch Trust, and the New Zealand Arts Foundation. He lives in an historic house in Governors Bay, Banks Peninsula and maintains one of the most well-known formal gardens in New Zealand. 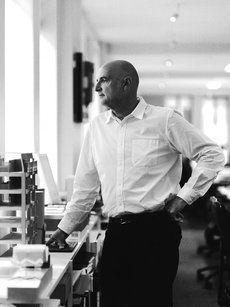 Patrick’s design skills have been recognised in competitions and in his selection for a number of juries and award panels. He has maintained an association with both schools of architecture in Auckland over many years as a critic and tutor, including a two year Adjunct Professorship at Unitec. He has lectured widely on the work of Architectus both nationally and internationally.

The work of Architectus has been recognised for its clarity of intent and resolution, its careful reading of context and content and ability to advance a broad cultural agenda. The practice has grown from its beginnings in Auckland to now operate across Australasia. Primary areas of work include both urban design and architecture with a particular focus on larger scale projects, both public and private. 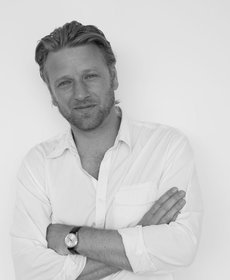 Richard is a Principal at Warren & Mahoney. He grew up in Christchurch and returned there from Auckland in 1998 to assist with the design and construction of the then-new stadium at Lancaster Park.

Richard’s major interest is Canterbury projects, and the local relationships these involve. The recent earthquake events and the subsequent rebuild of Christchurch have sharpened this focus.

In 2009, Richard and Andrew Barclay had their UC NZi3 building shortlisted from entries worldwide and presented it to an international jury at the World Architecture Festival in Barcelona.

In 2015 Richard and Vanessa Carswell were similarly shortlisted for their restoration of the Isaac Theatre Royal, presented the project to the World Architecture Festival jury in Singapore.

Richard has recently completed the restoration/repair of Christchurch’s Isaac Theatre Royal and has subsequently undertaken a similarly complex restoration and rebuild of The Christchurch Club.

Barry is the current Chairman of the Warren Trust and a founding trustee.

He is a principal of Barry J Dacombe Architect Ltd a practice he commenced in 2006 following completion of a 40 year involvement with the architectural firm of Warren and Mahoney where he was a Principal since 1974 and Chairman of Directors for 10 of those years.

Sarah has extensive business and governance experience in both the private and public sectors.  She has held key financial and business development roles in a variety of businesses both in New York and New Zealand.

As an independent director Sarah has 20+ years governance experience and has held roles as Chairman of the Board, Director and in many cases Chairman of the Audit and Risk Management committee.

Sarah is the Chair of The Ohinetahi Charitable Trust a house and garden in Governors Bay originally owned and gardened by her parents Pauline and John Trengrove together with Sir Miles Warren.  Sir Miles later set up the Trust to enable ongoing access for the public to enjoy.

Sarah is a Chartered Fellow of the Institute of Directors.

Ian Athfield is a huge personality in New Zealand architecture. Throughout his highly productive career, which now spans four decades, he has generated work that is accomplished and often provocative. He has had a profound influence on the built environment of this country, especially in Wellington. More than that, he has been instrumental in raising public awareness and public expectations of the work of architects and the possibilities of architecture.

Ian Athfield’s contribution to architecture and to his society has received widespread recognition. His practice has gained more than 60 design awards, including 13 NZIA National (now Supreme New Zealand) Awards, and his work has been published extensively, both in New Zealand and abroad. Athfield has served on NZIA National juries, and has delivered keynote addresses at several international architectural conferences. He continues to take a leading role on urban design groups throughout New Zealand. In 1986, he was appointed inaugural Professional Fellow at Victoria University’s School of Architecture, where has been a tutor and critic; in 2000, Victoria University awarded him an Honorary Doctorate in Literature. The University of Auckland named Athfield as an Alumni Fellow in 1997. In 1996 the New Zealand Government made him a Companion to the New Zealand Order of Merit. NZIA